With Spider-Man: No Way Home just 2 weeks away from release, we’ve gotten theory after theory of what this movie will entail and who will make an appearance apart from the characters we’ve already been shown through the trailers. Here are some of our favorite, and some of the wildest, Spider-Man: NWH fan theories.

This is more of a confirmation than a theory and a lot of other theories have been presented to make this one seem quite plausible to the point that if Tobey and Andrew DON’T appear in this movie now, we will all be collectively disappointed. Recently, the soundtrack for NWH has apparently been leaked and contains some notes of Tobey and Andrew’s Spider-Man soundtracks, making fans more excited than ever about the release of the movie. We won’t post the leaks here due to copyright issues, but of course, we can not stop you from searching for them on Twitter.

Mysterio is the sixth member of the Sinister Six

A lot of fans believe that Jake Gyllenhaal’s Quentin Beck, aka Mysterio, faked his death at the end of Spider-Man: Far From Home just to blame Peter and reveal his identity in front of the World, which then leads to the events of NWH.

They also believe Mysterio will return in this movie and is responsible for half the things that happen when the multiverse opens up, and not only that, he will join the Sinister Six, as Marvel has hidden the identity of the last member of that villain group that will take on Spider-Man (Spider-Men?)

Venom is part of the movie

This is pretty much confirmed in the Venom: Let Their Be Carnage post-credit scene, where we’re shown how the World around Venom transforms as the multiverse opens up as a result of Dr. Strange’s spell, and Venom is now transferred to the Tom Holland – Peter Parker universe. Whether he’ll be a part of the Sinister Six or join hands with Peter, though, remains to be seen when the movie is released.

When the first trailer for this movie was released, a lot of people thought they saw Charlie Cox’s Matt Murdock with Peter in the police station. The IMAX trailer put those rumors to rest as it turned out to be the police officer who detained Peter in the first place, but that didn’t stop fans from creating theories about how our favorite lawyer/superhero will, in fact, be in this movie where he’ll be Peter’s lawyer as he tries to clear his name.

This was further encouraged with some “leaked” images with Cox’s character sitting on a table with Peter, Happy, and Aunt May which half consider is photoshop while the other half think is a true image. But none of these theories can convince anyone of Matt Murdock’s arrival as the MCU’s creator Kevin Feige’s comments. Feige has been asked in a recent interview about the Red Devil’s inclusion in the MCU, where the creator says Cox’s Murdock will definitely be the actor to reprise the role if they ever decide to bring the character into the Marvel Cinematic Universe.

This is further encouraged by the interviews Charlie Cox has done recently where, every time he’s been asked about his MCU character, he goes awkward and, instead of denying the possibility, talks about how if he’s cast again, it’ll be the same character but with a different rendition and plotline.

Vincent D’Onofrio’s Kingpin will also be in the movie

Well… we did say wild fan theories. This isn’t too much of a surprise if you’re watching and regularly following up on the events happening in the new Disney+ show, Hawkeye, where the existence of Echo’s “uncle” (who is Kingpin aka Wilson Fisk) is referenced multiple times. The actual rumor is that another Netflix Daredevil actor, i.e. Vincent D’Onofrio, will be reprising his infamous role as the Kingpin in the MCU as well. This theory may not be entirely far-fetched, considering the actor himself quote-tweeted this when Marvel announced the release of Hawkeye:

This is going to be fun. I love these @Marvel series. https://t.co/6jN9FCwIkp

And considering D’Onofrio is an avid DC fan (if you follow him on Twitter, you’d know) and has never really expressed his excitement for any other show released by Marvel, except Netflix’s Daredevil where he was a main cast member, we’re eager to see why he is so excited for Hawkeye.

And given that his first appearance in Marvel Comics came against Spider-Man in the 50th volume in 1967, it’s not impossible for fans to believe he will make his debut in the MCU against the same superhero as well. And if Mysterio doesn’t appear and Venom isn’t part of the Sinister Six, maybe Kingpin is part of the Sinister Six? But all of that remains huge speculation, and whether he will even be part of the MCU remains to be seen till Hawkeye’s season finale, which will air 2 days before the release of NWH.

Aunt May will Die in this Movie (I mean… NO)

There are some speculations that Aunt May will come face-to-face with the impending doom as a result of Spider-Man fighting the sinister six. I mean, yes, we’ve all seen the trailer, and we’ve watched Aunt May’s F.E.A.S.T Facility under attack by the villains, while Happy is watching from his car parked outside, concerned and maybe even a little sad, looking at everything unfold as the villains wreak havoc in the place. This gives rise to some fans to speculate that Marisa Tomei’s beloved character will actually reach her demise in this location, also nodding to shots of Peter teary-eyed and saying he can’t save everyone. But for MCU to become THIS dark when the loss of Iron Man is still fresh in all of our, including Tom’s Peter’s heart, is kind of a far-fetched theory. So this one thing, I’m not willing to believe in.

Another theory suggests that Happy will actually meet his end during this film, as a car blows up outside the F.E.A.S.T Facility, where Happy was previously parked and watching. This also makes fans believe that this is a nod to Uncle Ben’s death, as we’ve never really explored MCU’s Uncle Ben and Happy being Aunt May’s partner, this is how they will conclude that story. But, firstly, we’ve all watched Uncle Ben die multiple times in older Spider-Man movies, we don’t need that again. And secondly, a closer look at the trailer shows it’s not actually Happy’s car that blows up, rather a police mobile. Good for us, because we have, again, recently watched Iron Man’s demise. We can not part ways with Happy too.

MJ Will be Saved by Andrew’s Spider-Man

This one’s perhaps the most talked-about theory, after Tobey and Andrew’s inclusion, that in the shot where MJ is falling off in the trailer, Tom’s Spider-Man fails to reach to her, but Andrew’s Spider-Man does, nodding toward a similar sequence from The Amazing Spider-Man 2, where he’d failed to save Gwen Stacey, and which will serve as a redemption arc for him. This might be a little on the lines of sentimental, but it will be epic to watch nonetheless.

So these are the biggest and wildest fan theories and rumors we’ve taken the time out to discuss with you. There are also rumors that Dr. Strange in the Multiverse of Madness’s first trailer has been wrapped up and could release any time this month. That’s another thing to be excited about as you eagerly wait for the biggest crossover MCU has done in history, including the likes of Infinity War and Endgame. Which fan theories do you like the most? Tell us in the comments.

Disney+ Movies and Shows You Need to... 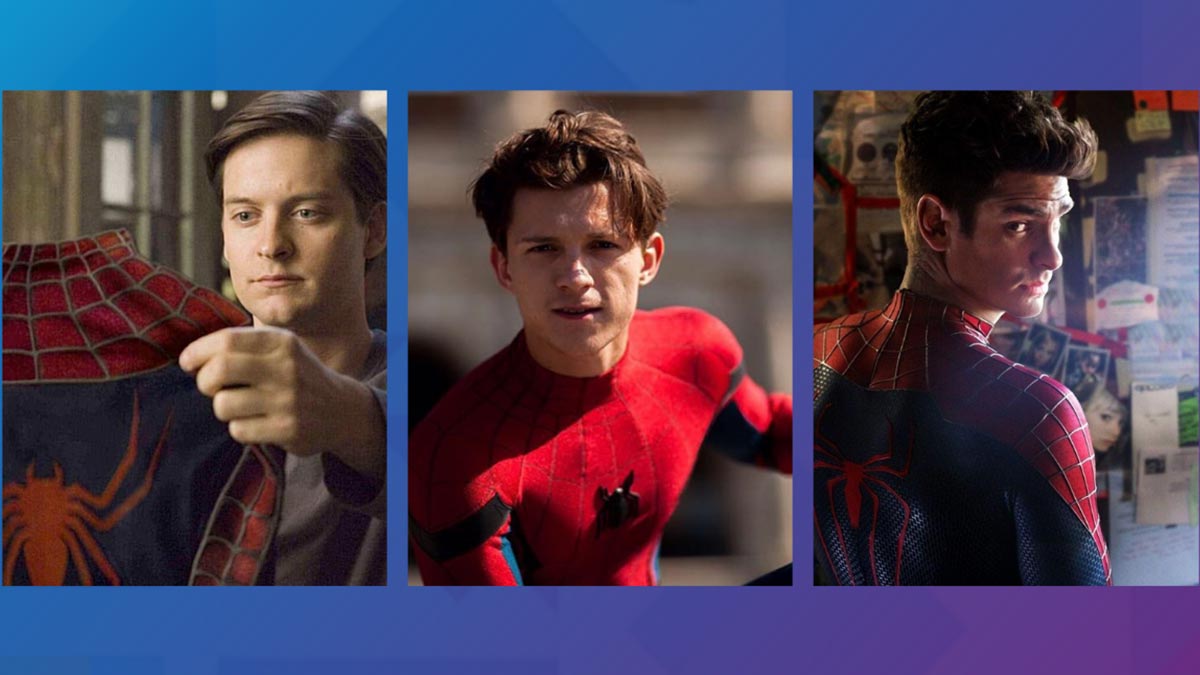 6 Movies You Should Watch Before Spider-Man:...