Pepsi has always held amazing stances in its marketing campaigns. It has also had Pakistan’s greats represent the brand and thus won the hearts of Pakistanis through the ages. Associating itself with cricket in the 90s and then later through the country’s most loved music bands, Pepsi has always had the smartest marketing campaigns. The latest campaign, Why Not Meri Jaan, is an ode to choosing to live life without conflict and without barriers. The campaign first appeared through Pepsi bottles and branding, but later, the brand released three TVCs which have changed the dynamics of the current marketing trends of catering to generic content.

This TVC shows a conversation between two chefs while they’re on a short break. One of the chefs asks the second why he’s working in a restaurant when his father owns the country’s biggest textile baron. The second chef, Hasan, tells him how if his father has a passion for textile, Hasan has a passion for cooking. This surprises the first chef, as there is a pre-existing notion in Pakistan that if one belongs to a rich family, they’re most likely to continue working for their own family’s business. But what surprised me more here is how, instead of using his father’s money to open up his own restaurant, Hasan is choosing to work as a chef and giving in long hours like every other aspiring chef in the country. This gives the TVC’s name Apne Dum Pe Naam its true meaning, as the character truly wants to achieve something on his own. Honestly, every rich kid should aspire to learn from this.

Here, the TVC shows a typical bus ride in Pakistan and teaches an important lesson on how to deal with uncles who keep peeping into your phone. The guy deals with it in such a way that the uncle feels embarrassed of what he was doing and refuses to do it further, meanwhile, there was no big scene created or further drama. Dealing with one’s odds through kindness might not work for everyone, but if it’s something that works for you then, why not, meri jaan?

I think I love this one the best. Breaking walls instead of building them is a great way to encourage love and respect in society, and that is what this TVC focuses on. Rather than not sending the shuttlecock back to the neighbors and creating a conflict, Syra’s character chooses to do a unique thing: getting her own racket and playing badminton with her neighbor from over the wall.

These commercials might not seem that deep when you watch them first, but the more you think about them, the more you realize how important their themes really are, especially in our society where there’s little to no space left for kindness, love, and respect. I think Pepsi’s campaign is a definite win and would love to see how other brands take inspiration from Why Not Meri Jaan.

What do you think? Let us know in the comments! 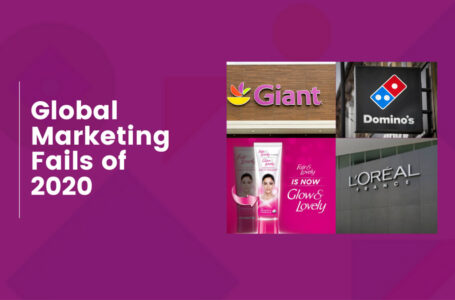