We’ve always come across ads that consisted of themes representing a trending tv show or news story. One example of this would be when Madame Tussaud’s Wax Museum removed the statues of Prince Harry and Meghan Markle from the royal statues, shortly after their announcement that they’ll be stepping away as senior members of the royal family.

But that wasn’t a rare occasion when a trending topic was used by a brand to make itself relevant. Throughout the last few decades, many brands have time and again used the tactic of what’s known as ‘newsjacking’ to make themselves part of the trend and gain attraction from the audience. So what is newsjacking? It’s when brands use any trending topic and voice their own opinion on it while marketing their products’ relevance simultaneously. The term was first coined by David Meerman Scott in his book ‘Newsjacking’.

From brands using Game of Thrones to nationwide events or even blackouts, there’s no shortage of creativity that goes into making a newsjacking campaign successful. In this blog, I discuss everything from the benefits of newsjacking to real-life examples, and how it can even be problematic.

The When and How of Newsjacking

Because it’s about capitalizing your relevance with regards to a trending topic, it’s important to introduce your newsjacking strategy at exactly the right time. For this purpose, you need to have a look at the life of a news story. 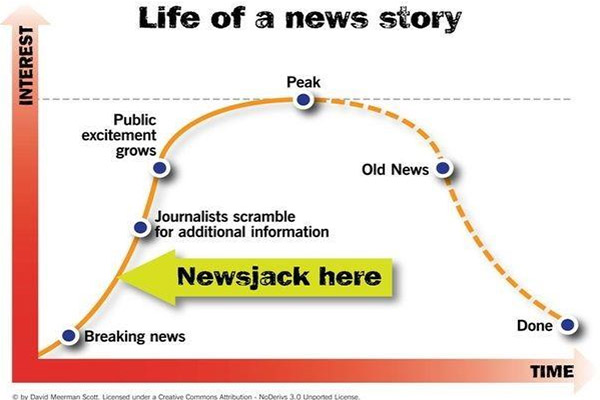 Whether the trend lasts weeks or only a few hours, timing is the priority while newsjacking. When news breaks out, journalists scramble to get the details on the news, while brands begin putting their own twist to the story while going ahead to market their newsjacking campaign. If your campaign is unique and relatable, people will like it and you will get a lot of traffic from old and new audiences. After a while, several different opinions of the news are shared, people get tired of it, and there’s no longer a point in newsjacking it because no one wants to hear about this trend anymore.

So it’s important that as soon as a trend breaks out and enough people are starting to get curious about it, that you newsjack right at that moment.

The question is, why newsjack at all? The answer is simple: just like clickbait is used to lure the audience into reading your content, newsjacking is used to make the brand relevant in front of the audience and lead to better SEO for the brand’s website.

Examples of Newsjacking – Is Your Attempt at Relevance Always Relevant?

Now that we’ve discussed all the basics of newsjacking, let’s look at a few famous newsjacking examples, while also having a look at how, even though at times newsjacking is fun and entertaining, at others, it’s just bad and insensitive. The list below intends to answer the question: Newsjacking – Yay or Nay?

Before the last episode of the eighth season came out and everyone got collectively disappointed in the show, Game of Thrones had made a huge impact. Given that the show was ‘the trend’ for years while its run, and the fact that it was releasing after a 2-year hiatus for its final season, every brand started coming up with GoT merchandise and ad campaigns to make fans nostalgic in buying their products. This was one of the biggest newsjacking trends that happened during early 2019.

Oreo did something really creative by introducing GoT-themed biscuits, presenting the houses that were still battling for the Iron Throne while entering the last season. 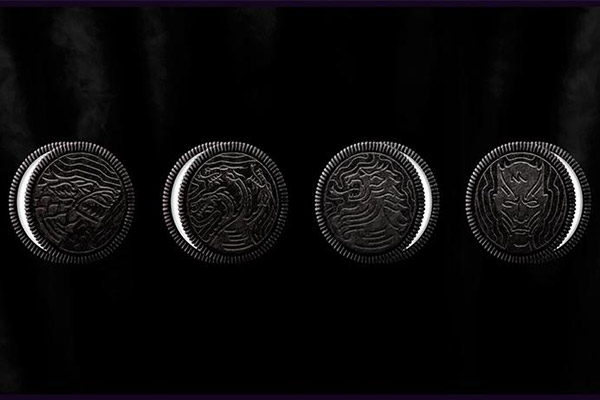 They also went ahead and created an ad of the infamous theme song, featuring their cookies.

Mountain Dew collaborated with HBO to come up with the #abrandhasnoname campaign, introducing blank cans that fans entered a lucky draw to win.

While these were more global examples, some Pakistani brands also came up with their own GoT campaigns. Here’s one from the famous burger joint The Sauce Burger Cafe, done in 2019.

Game of Thrones isn’t the only time Oreo hit the mark with their newsjacking. In 2013, during a Superbowl blackout, the company posted a creative image that got a lot of applause and attraction from the audience across the U.S. The caption said ‘Power Out? No Problem’ with the following image: 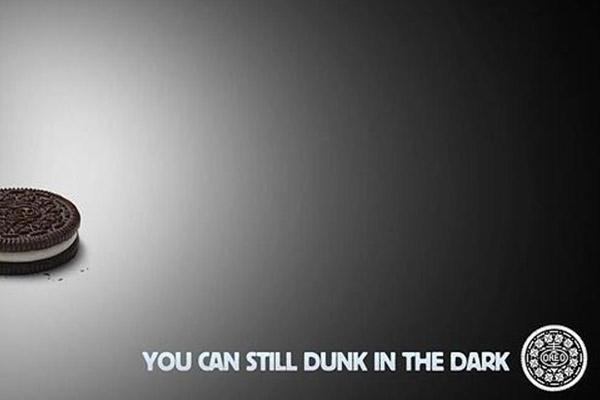 Tide also got in on the power outage newsjack with their own version of a post. Even though the Superbowl has nothing to do with Tide, the image was so minimalist yet relatable, that it got a lot of attention from the audience.

We can’t get your #blackout, but we can get your stains out. #SuperBowl #TidePower pic.twitter.com/JpQBRvjf

The above-given examples are all of good, relevant newsjacking. But that’s not always the case. Some brands go so out of the way at their attempt at newsjacking, they actually end up coming off as insensitive. One such brand was AT&T, in their post during the 12th anniversary of 9/11 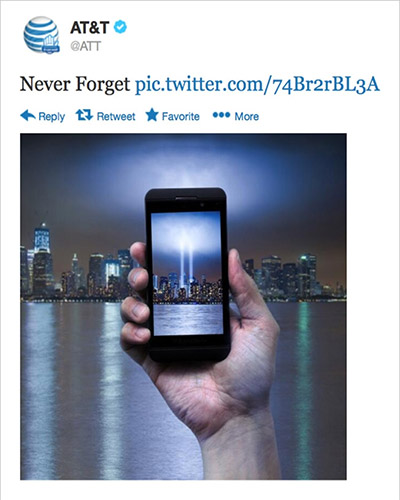 The post got a lot of backlashes from the audience, with people saying the brand tried taking advantage of a tragic incident to make advertise their irrelevant and insensitive design. The brand later apologized for the tweet. 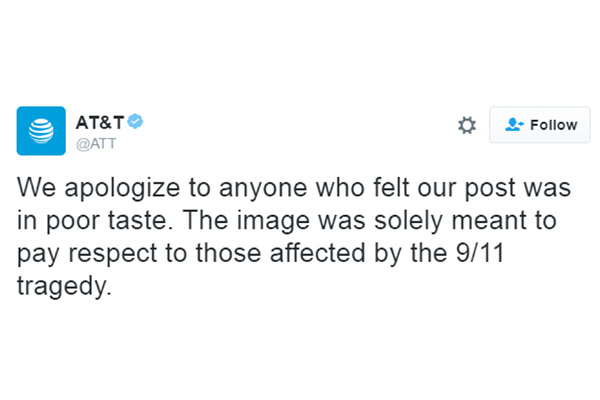 Another brand that failed at their newsjacking attempt was Kenneth Cole when they tried to advertise their brand while capitalizing on the escalating Syrian conflict.

These attempts at newsjacking were so embarrassingly off-topic it made people question the integrity of why would any brand want to newsjack if they don’t even know the basics of marketing.

There are better ways to comment on sensitive topics, without letting your brand get into a negative light. An example of that would be when Gillette got in on talking about their opinion in support of the #MeToo movement, without hurting the sentiments of those rooting for the movement, while also sharing their relevance and supportive view of it.

I guess by looking at all the above-given examples we can say that newsjacking isn’t bad, and at least it isn’t misleading to the extent click-baiting more often is. Newsjacking can be fun, it can even be humorous and it can make people know that a brand is on-point regarding the demands of mainstream media. Brands just need to be aware of how they’re presenting their opinion without hurting the sentiments of people or coming off as irrelevant, off-brand, or even insensitive.

Newsjacking can be a great strategy to capitalize on, you just need to do it appropriately at the right time. 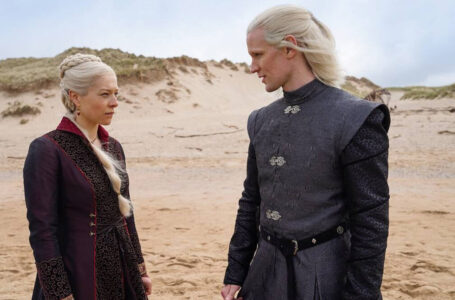 All You Need to Know About the... 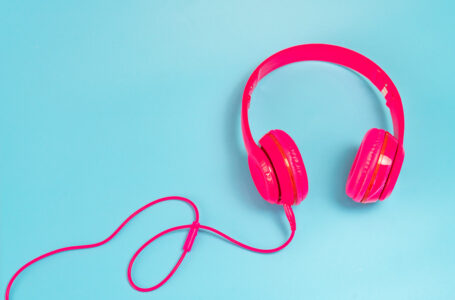