During the lockdown due to COVID-19, a lot of things changed for a lot of businesses. But for some apps, it was quite a benefit as people were forced to stay home, and they had nothing to do but rely on apps to help them survive and keep them connected with others and entertained during the lockdown. Here are 5 apps that became popular during 2020 that you can still rely on:

For proper communication, either for classes, online therapy, or office meetings, Zoom became the most popular option. Everyone relied, and is still relying, on this video calling up in order to stay connected because of the features available on the app. One video call can be joined by up to a hundred people, and people can share their screens for either business presentations or watching movies together. During the initial stages of lockdown, according to Apptopia, Zoom’s monthly downloads increased by 300 percent, and the user activity rose by 189 percent.

Although released four years ago, TikTok started being used more frequently and by more people worldwide during the lockdown for entertainment. Especially after the end of Vine, TikTok became the go-to video platform for short entertaining and comedic videos. It’s even fun to be on as when you use the app more, it gets you more personalized videos. No wonder people often find that they’ve spent hours on the app when they wanted to just watch a few short videos!

Although not an app that can be used on phones, Netflix Party became the new cool during the pandemic. This Chrome extension allowed people to watch movies, shows, and documentaries with friends through Netflix, despite being locked up in their homes; also allowed people to chat while having their movie night. Although previously it only worked with Netflix, now it can also be used with Disney Plus, Hulu and HBO.

Discord gained momentum with offices as well as friends because of its audio chatting feature. People could stay in contact the whole time they were working, watching something, or even playing games. Members of a server can choose to either join the voice chat or just text while they’re talking. Discord downloads especially skyrocketed with the popularity of Among Us, as people started chatting on the app while playing the game.

Among Us has become a favorite among many! The game, although launched in 2018, gained popularity in 2020. It is a really fun game and can even be played with friends. The crewmates on the spaceship try to guess who the impostor is while they try to protect themselves and also complete silly tasks on the spaceship.

A fun combo of these apps (such as that of Discord and Among Us) when you’re bored at home can truly make you feel as though even quarantining can be fun if you’re staying safe at home and are also connected with your friends and loved ones.

Tags: among us Discord tiktok

4 Digital Marketing Tools That Have Grown...

Among Us Memes We Can’t Help But... 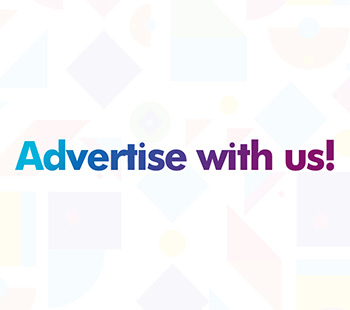